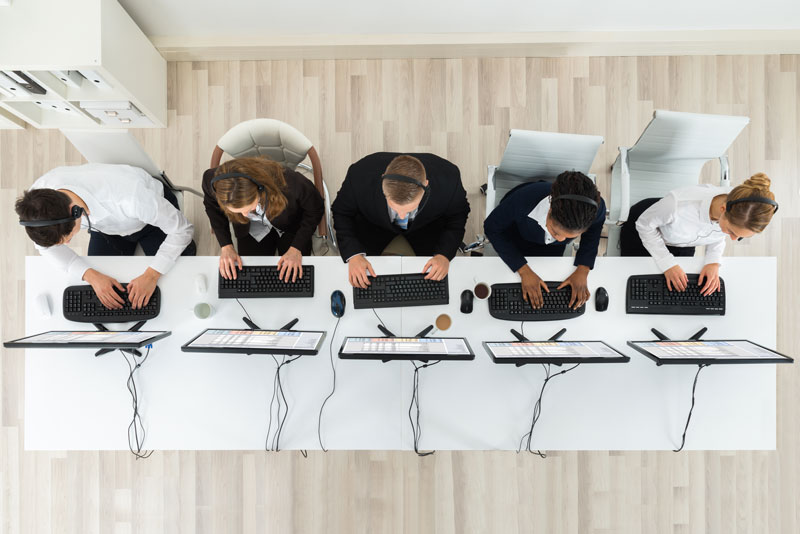 1) Find An Actual Alarm Installer – Not a Sales Agent

Finding an actual alarm installer is no easy task. Just call any random alarm company and ask to speak to the actual alarm technician that will be coming out to your home to do the work. Hey, good luck with that! When you call a large corporate alarm company such as ADT, Bay Alarm, SimpliSafe, Vivint, Comcast or hundreds of others you will always speak with a sales representative often in another state. That’s not a bad thing as long as the sales representative is trying their best to give you the best system for your needs without overdoing it. The problem is, most salespeople from large alarm corporations work off of a small salary and a huge commission so it is in their best interest to “Upsell, Upsell, Upsell”. When they upsell, they make a nice commission and you end up with a very expensive system that very well could be an overkill. Try to find an installer instead of a sales guy. If the person you’re talking to isn’t the person that is going to come out to your house to do the install, realize they have very little skin in the game. When you talk to the installer, you’re actually going to meet with this alarm technician and work with him/her until the project is complete. Most technicians know their stuff, sales agents who have little to no field experience definitely know how to “Upsell”.

Statistically, 80% of break-ins occur through doors. Of all the doors in your house, the garage side door and backsliding door are more vulnerable than you can imagine. So chances are if a burglar is going to enter through a window, it’s probably because the window was left unlocked. The likelihood that a burglar would break in through a front window is extremely unlikely. So if you’re on a conservative budget consider skipping the front windows that face the street. Consider putting a PVC pipe or a wood dowel in these locations. This can save you money and you’d still have a very secure home.

Two-way voice is a feature where the monitoring company can listen in on your panel through a microphone to attempt to hear voices. It sounds like a great idea, right? There are multiple problems with this feature; first of all, most keypads are located in areas where it is convenient for the customer to disarm when coming home from work. This includes the laundry room, garage entry, and the front door areas. Assuming there are two burglars why would the burglars be having a conversation in the first place and if they were to have a conversation why would they have one in front of a keypad near the front of the house? Second, the monitoring center naturally turns off the siren so that they can listen to the chatter of burglars. Isn’t the point of a loud, blasting siren to scare the heck out of the intruder? So why would we want to hush the siren right when it triggers? Lastly, two-way voice microphones generally only hear voices that are less than ten feet away. So why would you pay extra for a feature that is extremely unlikely to provide solid evidence of a burglar? Twenty years ago this feature may have been a little more tempting; before cameras were so cheap but now, why rely on a device that only hears the intruder when you can both see and hear the burglar with many of the inexpensive video surveillance systems on the market today.

4) After the initial contract is over are you committed on a month-to-month basis or a YEAR TO YEAR Basis?

Read the fine print on your contract and ask the installer or sales guy to point out exactly where it states that the contract is month-to-month. Many alarm agreements state that when the initial term has been fulfilled the contract automatically rolls into a year-to-year contract. That means if your contract ends on September 15th and you call on October 21st you’ve got eleven months to go before you can get out of that contract without paying a steep cancellation penalty (usually 75% of the balance). This is especially true on commercial contracts but every once in a while you’ll find a homeowner who is waiting patiently to fulfill their residential alarm agreement so they can sign up with another alarm company in the distant future. Don’t be that guy!

Many companies still install a very basic keypad that should have been discontinued in the 1970’s. This keypad is called a fixed-english keypad and many manufacturers ironically still make it. It’s certainly a cheaper system but the next-level, Alpha-Numeric keypad doesn’t cost that much more. It’s the year 2020 and today a beautiful 5 to 7-inch touchscreen keypad is now the new norm for most alarm companies but it’s important to note that there are still some great alpha-numeric keypads out there that give a lot of great information on the LED display. Alpha-Numeric means that the display will show custom words such as “Garage Side Door Open” as opposed to the simple number”1″ meaning that zone 1 is open. With information that vague, you must either memorize the zones or keep a legend close by so that you can decipher which zone is which. Remember to ask for the touchscreen keypad!